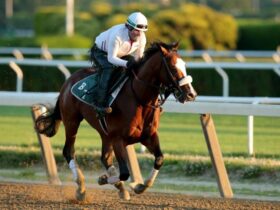 Ever since it was first launched back in 1993, EA Sports’ flagship Fifa series has become the go-to choice for gamers for the ultimate football simulation. Released every year, fans from all around the world flock to the shops to take control of their favourite players and teams in the world’s best tournaments. Against rival titles such as Konami’s Pro Evolution Soccer, Fifa is home to all the trademarks, sponsors and licences in the world of football, which goes a long way in producing the realism fans of the game absolutely crave.

The likes of the UEFA Champions League, Barclays Premier League and FIFA World Cup are all available to immerse yourself into, however the news has broken around the gaming space that one notable tournament will be missing from this year’s edition of Fifa: Euro 2020.

One look at the history of the Fifa video game series will show you exactly how a franchise has grown from a niche little simulator into a title that allows thousands of players to get paid to play games, and how seriously EA have treated big international tournaments in their series remain front and centre in this evolution.

For example, the 2002, 2006 and 2010 World Cups were all given their own standalone games within the Fifa library, but by the time the 2014 World Cup was due to commence, EA had sandwiched in its own game mode within Fifa 14 which players could spend real money on things such as packs and players.

Fifa has a pretty notorious reputation within the gaming community for being something of a shameless money-pump, with EA changing very little year on year and profiting from just releasing the same game over and over again. And whilst this is certainly not entirely the case, EA and Fifa have remained amongst the biggest pioneers of the rise of microtransactions in the gaming world, with their attitudes with online game modes such as Ultimate Team over quality releases around huge international tournaments being an example of this in full effect.

There wasn’t even anything released by EA for the 2018 FIFA World Cup in Russia or the subsequent UEFA Nations Leagues, so the news coming out around this upcoming Euros in the summer of 2021 shouldn’t be a surprise to see.

Regardless of whether or not EA remain interested in producing high level content around these tournaments, the reality over whether or not they can actually produce said content is much more obvious.

At the time of producing both Fifa 20 and then Fifa 21 (with the competition being postponed from 2020 to 2021 in the wake of the COVID-19 pandemic) have not had the rights to the licences involved with the Euro 2020 tournament.

It is actually Fifa’s biggest rival, Konami’s Pro Evolution Soccer (PES), that have won the rights to have the official Euro 2020 tournament nestled in their games this year. In order to play the Euro 2020 eFootball PES game, you can purchase eFootball PES 2021 as a standalone game or as a Season Update download for PES 2020.

By all accounts, Pro Evolution Soccer has been regarded as a superior title in terms of gameplay mechanics, graphic quality and interesting modes and features in the rivalry between the series and the Fifa counterparts. One of the biggest factors behind this is all the rights and licences Fifa possess, so there’s every reason to think that acquiring the rights to a major tournament like Euro 2020 might just be the catalyst Pro Evolution Soccer need to put themselves back on the map.

Euro 2020 will now begin on June 11, 2021 and conclude on July 11, 2021, with plans over venues and crowd capacities still very much in the air. There have been talks of changing the proposed format of UEFA’s ‘romantic tour’ of Europe being ditched in favour of a handful of host nations with low COVID infection rates, though it seems likely that even those countries will impose strict restrictions on travel and stadium capacities.

The tournament had originally been scheduled to take place in June and July 2020, but UEFA was forced to postpone due to the severity of the global coronavirus pandemic.