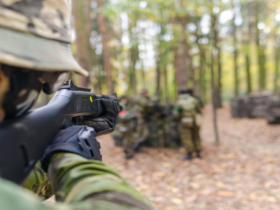 Tips to be familiar with if you are starting gel balling

Thirty-two teams from across the globe will descend upon Qatar this month to battle for glory at the 2022 World Cup. They will be split into eight groups of four, and the top two teams in each group will qualify for the knockout stage of the competition. Betting sites have published some intriguing markets on each group, focusing on which team will win it and which two teams will qualify. That presents us with a great deal of value when betting on the group stage, and these are our top picks:

There is a strong defensive base to the side, featuring Chelsea’s Eduoard Mendy in goal, Kalidou Koulibaly and Abdou Diallo at the back and Idrissa Gueye patrolling the midfield. Sadio Mané of Bayern Munich is the danger man in attack, but Ismaïla Sarr is also full of pace and dynamism. Ecuador are solid, but technically limited, while Qatar only qualified for the tournament as hosts, so the Lions of Teranga look well-placed to beat both teams.

England should make short work of their rivals in Group B, leaving Wales, the USA and Iran to fight for second place. Iran look like the minnows of the group, and it could boil down to a straight fight between the Welsh and the Americans. Wales have some talented players within their ranks, but there are major question marks over the fitness of Gareth Bale and Aaron Ramsey.

The USA boast greater squad depth, and Greg Berhalter has a core of talented youngsters at his disposal. If they are fit, Christian Pulisic, Giovanni Reyna and Brendan Aaronson could cause havoc in attack, while Weston McKennie will bring industry to the midfield and they are reasonably solid at the back, so the Americans look capable of getting the better of Wales.

Argentina should dominate Group C, leaving Mexico, Poland and Saudi Arabia to vie for second place. The Saudis could be out of their depth, and it looks like a toss-up between Poland and Mexico. The Poles have a world-class striker in Robert Lewandowski and a few cultured midfielders, but Mexico have a lot more depth of talent in their squad. They should finish second and then lose to the Group D winners in the Round of 16.

France and Denmark should secure the top two spots in Group D without too much trouble. It also features Australia and Tunisia, who both look vastly inferior to the European heavyweights in this group.

Les Bleus are the reigning world champions, and it would be a major surprise if they failed to reach the Round of 16. The Danes are 10th in the FIFA world rankings, 20 places ahead of Tunisia and 28 ahead of Australia, who lack quality. France and Denmark should both beat Tunisia and Australia, leaving them to fight for top spot. It could be tight, but the French boast a lot more firepower, and Kylian Mbappé and Karim Benzema could fire them to the top of the group.

This is another group that should be dominated by European heavyweights. Spain and Germany are up against Costa Rica and Japan in Group E, which should lead to some fascinating tactical battles. The Japanese are hard-working and tactically astute, so they could cause problems, while the Costa Ricans are defensively stubborn and blessed with a talented playmaker in Bryan Ruiz, which could make things interesting.

However, Spain and Germany are still a lot stronger than those teams. Individually and collectively, there is simply a lot more quality in the Spanish and German ranks. The Germans cannot be taken lightly, but Spain may have the slight edge if they can figure out a way to turn their dominance of the ball into a greater haul of goals.

Belgium and Croatia both reached the semi-finals of the last World Cup. The Belgians suffered a narrow defeat to France in the semi-finals, while Croatia lost to Les Bleus in the final. Both teams have regressed a little since then, with key players like Vincent Kompany and Mario Mandžukić retiring, but they are both still very dangerous.

That spells bad news for their group rivals, Morocco and Canada. The Canadians performed well in qualifying, but they now face a major step up in class against the likes of Kevin De Bruyne, Leandro Trossard, Luka Modrić and Mateo Kovačić, and they should come up short. Morocco have some decent players, but it is hard to see them finishing ahead of Belgium and Croatia.

The Brazilians are expected to cruise to victory in Group G, leaving Serbia, Switzerland and Cameroon to slug it out for second place. They are all good teams, but Serbia and Switzerland look a cut above Cameroon. The Swiss command respect, led by Granit Xhaka, Haris Seferovic and Manuel Akanji, but they may struggle against a very talented Serbian team.

The Serbs finished ahead of Portugal in their qualifying group, which is ominous. They are stacked in attack, with Aleksandar Mitrović, Dušan Vlahović and Luka Jović all fighting for places, while Sergej Milinković-Savić, Dušan Tadić and Filip Kostić are all brilliant attacking midfielders or wingers. There are concerns over the defense, but Serbia look likely to outgun their group rivals.

This looks like the most open of all the groups, featuring four very talented teams in Portugal, Ghana, Uruguay and South Korea. You could easily make a case for any of them qualifying, but Portugal and Uruguay stand out.

There are very few weaknesses in the Uruguay starting 11, but a couple of injuries could derail their progress. Portugal boast Cristiano Ronaldo, Rafael Leão, Bernardo Silva, Bruno Fernandes, João Felix in attack, so they can cope with an injury to Diogo Jota. Man City duo Rúben Dias and Joao Cancelo will make them strong at the back, so Portugal look well-priced to win the group. 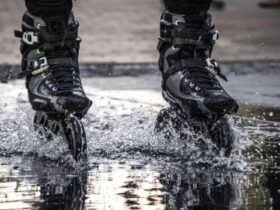